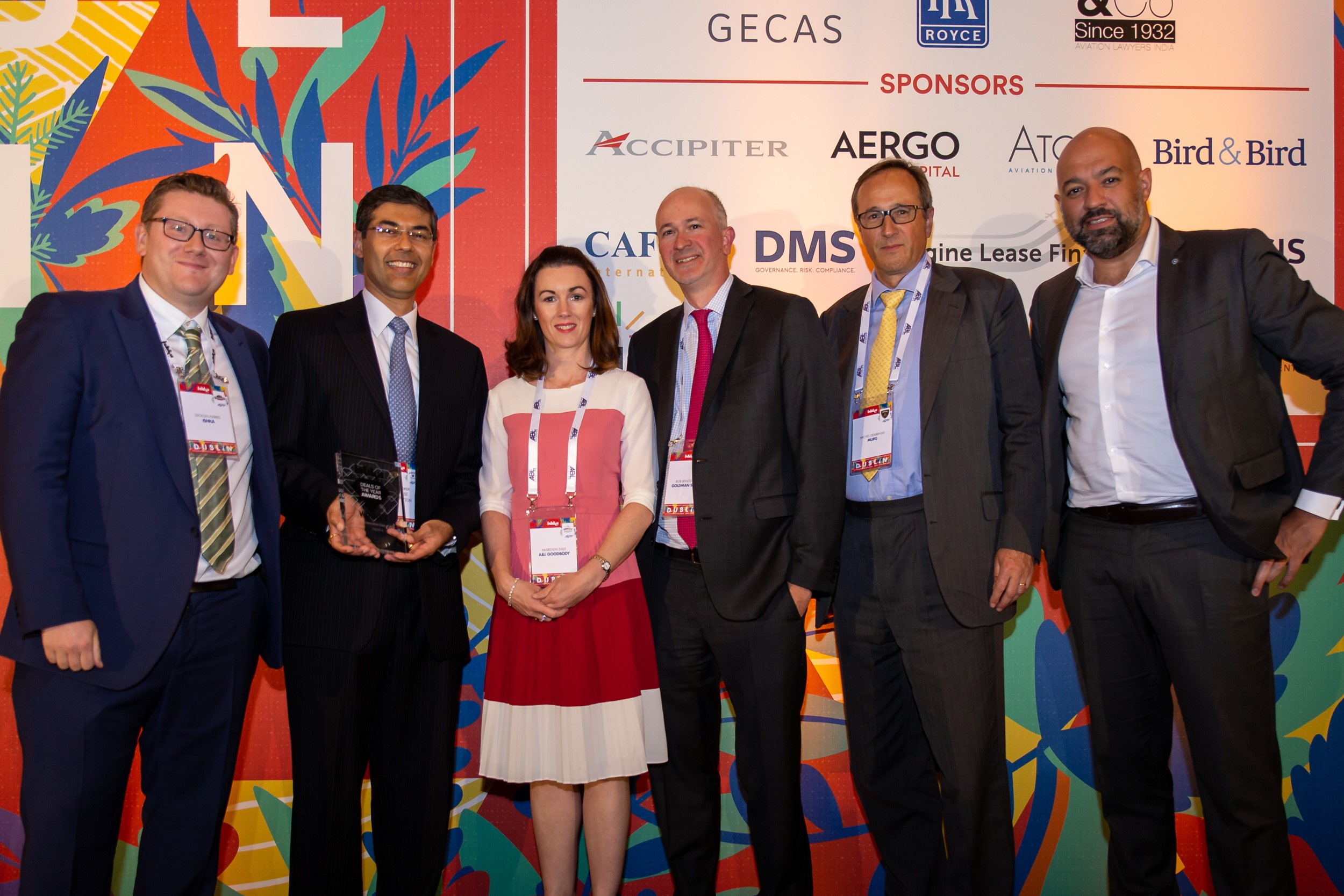 A&L Goodbody's Aviation & Transport Finance Team have won the 'Most Innovative Deal of 2018' for its work on Thunderbolt II Aircraft Lease Limited's (TBOLT II) asset-backed securitisation. The team acted as Irish counsel on the US$575.4m securitisation, which is backed by a portfolio of 18 aircraft.

The award was one of just twelve global deal of the year awards presented by Ishka, an aviation finance intelligence and consultancy service. The awards, which were presented at their annual aviation finance festival held in Dublin recently, recognise airline performance and significant aircraft financing transactions. Accepting this award on behalf of ALG's Aviation & Transport Finance Team, Maireadh Dale, Partner, said:

"We are delighted to be recognised for our role in this innovative deal. This was the first 144A / Reg S Aircraft Portfolio Shares to the market in a broadly distributed offering process where both the equity and debt securities were marketed and issued concurrently."