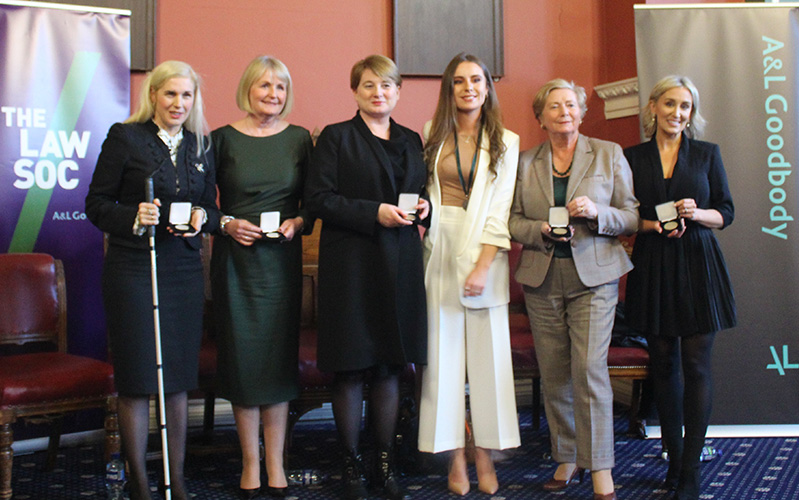 The Praeses Elit award recognises those who have advanced discourse in their line of work and who have been a source of inspiration to others, particularly young people. The award was founded by former President of Ireland, Mary Robinson and former recipients include Cherie Blair, FW De Klerk, Mary McAleese and Sir Bob Geldof.

Receiving the award at a Trinity Law Society event last night, Catherine said: "I'm honoured to have received this award from Trinity College Law Society. If I have inspired any young person to achieve their goals and ambitions in their working life, that's truly humbling. I have great admiration for our young people. They are our future."

Catherine is a partner in and former head of our Finance Department and our Aviation & Transport Finance practice. She served as Chair of ALG from 2016 to 2019.  Catherine was recognised as one of Ireland's most influential and successful business women at the Women's Executive Network (WXN) 2017 Awards.