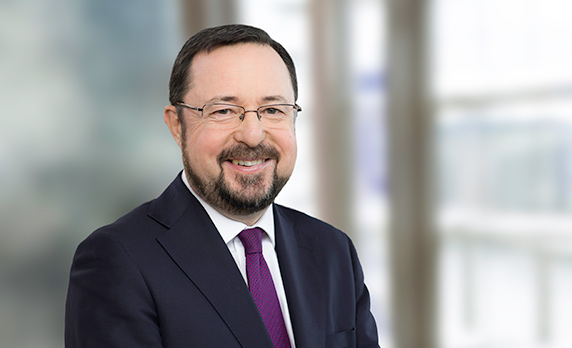 James Grennan is a partner in A&L Goodbody's Corporate department and Head of the Insurance group. From 1995 to 1999 James managed A&L Goodbody’s London office.

He played a major role in the A&L Goodbody legal team that advised the Irish Government’s Department of Finance on the establishment of the Irish Financial Regulator. He was also instrumental in having Irish law amended to facilitate the operations of life assurers in the International Financial Services Centre and in drafting other legislation to address insurance industry concerns. He has advised on many of the most significant insurance transactions and developments in recent decades.

"James Grennan really is “one in a million” in terms of the depth of his knowledge, expertise and ability to understand the most complex of issues and provide solutions." (Legal 500 2022)

"A high level of technical expertise and knowledge and is unique in his ability to solve the most complex and novel legal problems." (Chambers Europe 2022)

"Superb on complex legal and regulatory issues. His depth of insurance expertise and general legal knowledge is second to none." (Legal 500 2021)

"A longstanding guru in the sector, with an unrivalled depth of experience. He is highly user friendly, creative and solutions oriented." (Legal 500 2021)

"Peerless in his experience, and his knowledge of the law is second to none." (Chambers Europe 2021)

James is a member of the insurance regulatory sub committee of An Taoiseach’s (i.e. The Irish Prime Minister’s) International Financial Services Centre group. He is a member of the Business Advisory Panel of Insurance Ireland, a representative body for the insurance industry in Ireland, a former Irish national representative of the Union International des Advocates (International Association of Lawyers) and former President of the Mergers and Acquisitions Commission of that organisation. James is also an accredited Mediator.